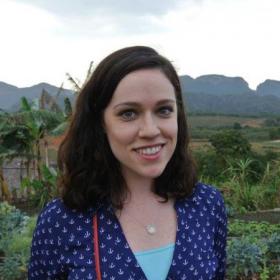 Libby Denkmann is KPCC's veterans and military reporter. She focuses on stories about active duty service members, veterans, and their families in Southern California.

Libby joined KPCC in 2016 as a fill-in host for the talk show "Take Two," and she later served as interim host of KPCC's Morning Edition. She is a regular fill-in host for Larry Mantle's AirTalk on KPCC, and her reporting can be heard nationally on APM's Marketplace Morning Report.

Before joining KPCC, Libby was an anchor and a reporter on KFI-AM  in Los Angeles. She began her journalism career in her native Seattle with the CBS News affiliate KIRO Radio.

Her work was part of the 2015 Regional Edward R. Murrow Award for Continuing Coverage of the deadly Oso, Washington landslide. She is a graduate of The University of Washington's Jackson School of International Studies.

The Latest On The Recall Election In California

How Things Are Looking For Gov. Gavin Newsom A Week Before The Recall Election