Airs, Sunday, September 19, 2021, at 1 p.m. On this episode of Illuminations, Ranae Moran and Dee Anne Phillips talk with nationally recognized, award-winning journalist Tom Junod, who interviewed and wrote a piece on Fred Rogers, creator and host of “Mr. Rogers Neighborhood,” for Esquire in 1998. The article titled “Can You Say…Hero?” had an impact on many people, and Fred Rogers had an impact on Tom. In 2019 the feature film “A Beautiful Day in the Neighborhood” starring Tom Hanks was based on Junod’s interview and friendship with Fred Rogers. Junod has written for Esquire, GQ, and Sports Illustrated. He presently writes for ESPN the Magazine. 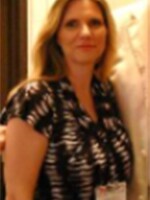