Our second program in the series, on "Governmental Issues" aired on October 12th at 6 p.m.  Guests on the show were Scott Hughes, Executive Director of the regional Alliance for Education, Elliott Stonecipher, demographer and political analyst, and Thomas Carmody, Louisiana State Representative for District 6.

The "Youth in Jeopardy Project" is part of American Graduate: Let’s Make It Happen, a public media initiative made possible by the Corporation for Public Broadcasting. 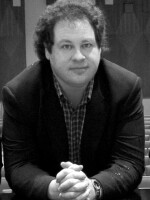